Some people are just naturally inclined to reach out and talk to people all the time. Jen Belk is one of those people. The first time you meet her, she’ll ask you all about your life and interests, and without hesitation, she’ll come up with at least one person you should connect with. Whether it’s someone you might want to work with professionally or someone you might just like to get coffee with, she wants everyone to feel connected to the Fort Mill community.

An integral part of the Downtown Fort Mill business scene, Jen, who owns and manages LOOM Coworking, Gallery and Event Space is dedicated to her community. So much so that she created space for the community to create and connect from.

Growth into a Professional 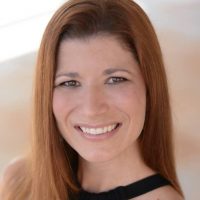 At her first job, Jen was a clown. Yep, you read that right. It isn’t that surprising as you get to know her. Jen is still just as outgoing and makes people smile easily. She taught others the skill and also taught dance, inspiring her passion for teaching and community even before entering college.

Jen went to school at Auburn University for her B.S. in Interior Environments. She continued her education at Virginia Commonwealth University, obtaining her Masters of Art Education.

The entire time she was working toward her masters, she was employed with companies that developed and built corporate offices and education facilities. With these companies, she worked developing plans for offices that would benefit the employees and companies overall. She focused her work on productivity and mental and physical health for employees in order to help them achieve their best selves at work and off the clock.

A Passion for Teaching 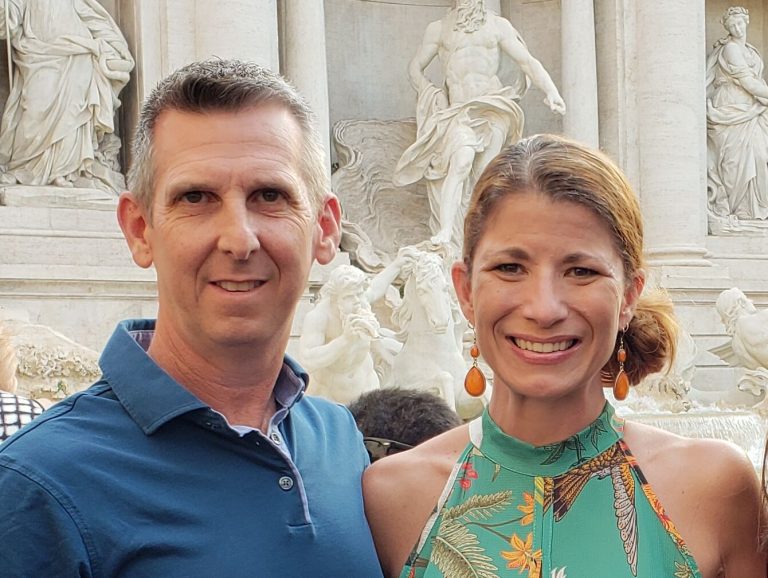 Jen always had a passion for teaching, and in order to foster that passion and dedication in the next generation she knew that the next step for her was to become a teacher.

She began in 2001 teaching at The Art Institute in Charlotte. In 2005, she started at Winthrop University as an associate professor, teaching in the Interior Design program. She says that she taught all the classes that were important but no one really wanted to take. Classes about building codes, commercial design, business practices, and construction documents. She had to stay animated and excited in these classes, even the 8ams in order to keep her students engaged!

In 2012, Jen and her husband Micheal opened Belk Construction Management Group (BCMG), which focuses on the development and management of construction projects primarily for office and government spaces.

Throughout her time in education, Jen worked closely with her students to develop new ideas for community collaboration. For one of her favorite projects, she assigned the class to redesign the basement of the old student center into a useful and effective space for the entrepreneurial and non-profit communities. The students were able to come up with a plan that transformed the basement into new spaces. One of those spaces was a coworking space and inspired some of the first thoughts of creating a facility for Fort Mill remote and solo workers.

Jen earned tenure during her time at Winthrop. Her work in the Career and Civic Engagement center, freshman orientation, the programming board, and student professional organizations fed her passion for community development beyond the classroom.

When those first thoughts of a coworking community started floating around, she knew it would be a risk to leave a guaranteed job and salary to open a small business. But the idea just wouldn’t leave her mind.

One of the things she was most worried about was how she would be able to furnish the space. As someone who spent her entire professional life dedicated to creating effective workspaces and teaching a new generation how to do the same, she knew that she would have to invest in ergonomic, professional furniture for the workspace. This was a problem because of the high cost of this sort of equipment and technology.

One day, she was in Charlotte getting some remote work done while waiting for her daughter Julia to finish up a dance lesson and stopped at the Herman Miller furniture dealership AlfredWilliams, where several of her student interns had worked. She ended up speaking to the head of marketing there, telling them about the idea for LOOM and about how she wanted to be sure that the space was furnished with beneficial products.

The representative offered a partnership, which would provide LOOM Coworking with the furniture they needed and in return, the space would be a working showroom for AlfredWilliams.

Jen knew there was no turning back. With the help and support of her husband Michael, Jen took the leap leaving her tenured job at Winthrop and opening LOOM Coworking in 2016 without having to take out any loans. 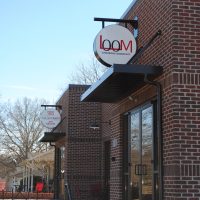 Before opening LOOM, she already had several members signed on, one of which still works out of LOOM and a few of whom “graduated” into their own spaces. At the time of LOOM’s initial opening in the Studio building, Jen had no idea the way the space would grow. But she was open to change and development in her passion project.

Quickly, LOOM turned into more than just a spot for people to work from. In combination with being a gallery space for local artists to showcase their work, classes and meetings were being hosted out of the Studio. Companies were renting out the same space to host training events, and it was used to accommodate local churches and organizations.

They were starting to outgrow the Studio space, due to both the number of coworking members and the growth of the organizations using the space. So they moved into the two units located next door, with the help of the community they created.

A pizza/moving party ensued, coworking members and community partners coming together to help Jen out. After the move, Jen sat around with some of those long-time members, who are still involved in LOOM Coworking, and they all shared their testimonies and experiences. They were talking about more than just work and casual office chat. Jen realized that her hopes and goals for what the LOOM community could be were really coming true.

Since then, there has been even more growth and they have re-taken over their original space as well as keeping the larger space. Now, LOOM has over 6,000 sq ft of space between the Gallery and Studio buildings. The Gallery is dedicated to coworking throughout the day and transitions into an event space at night. The Studio is primarily used for meetings, for the podcast studio, or as a quiet place to take important calls.

The Three Cs of LOOM

Like their logo says, LOOM focuses on Community, Collaboration, and Creativity. The mission of LOOM since the beginning was to create a space focused on supporting the independent and remote professionals that make up their community. Jen wanted a place where different kinds of people, doing different kinds of work could come together and connect, create, and become a support network. Because of this, she is always open to new ideas and ways to use the space to serve the coworking members.

This is why the space has expanded as much as it has. When a lot of coworking members started to develop podcasts, she created a soundproof Media Lab with equipment for recording. She set up meeting spaces for the members, like the Training/War Room in the Studio, which provides a professional, private space, for team meetings. The meeting rooms in the Gallery are available for members to book to host small meetings with clients while remaining professional. And she gets creative with it. Someone came to her to ask if she had a space for her to conduct music lessons out of. In a matter of days, Jen made a plan for the Media Lab to become a music studio for a few hours every afternoon.

Jen is open to every new idea and proposal that will help make her community better. She is constantly adapting the coworking spaces and membership plans to be more effective for the members and talks through ideas with them all the time.

She also wants to support her members outside of their professional lives. Jen is a huge proponent of maintaining a good work/life balance. She asks members about family plans and even has membership types that are specifically designed for people with families that need to focus on that balance. At the end of the day, Jen wants her coworking members to feel supported even outside of their time spent working at LOOM.

Recently, LOOM celebrated its fourth anniversary. No matter how long the space is open though, Jen is always working towards making the LOOM space a better place for coworking, hosting events, and supporting local ministries and artists. Recent upgrades to the coworking spaces have been made to keep the space functional and safe during the COVID-19 pandemic. As more people realize they’ll be working from home for a while longer (or permanantly), the community is adapting to better serve these new remote workers.

Starting late June, new art went up in both buildings. In the main Gallery, the abstract work of local artist Micheal Patterson graces the walls. In the Studio, she is showcasing the Winthrop students and professors and the work they did while being in quarantine. She created safe plans for people to host graduation parties and mini-proms for 2020 graduates who missed out on these big moments, as well as helped churches use the space for live streaming services and worship.

By always keeping the community at the heart of her business, Jen has been able to create a space to benefit everyone.

If you’re interested in getting involved in the LOOM Coworking community and getting to know Jen, you can check out the LOOM website or reach out to her via email.